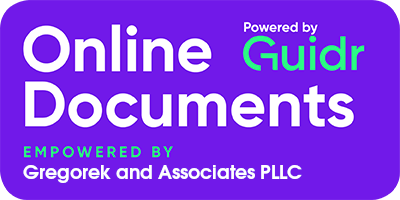 Umbrella Insurance Coverage: Is it a Good Idea?

Many people purchase insurance policies to protect them from exposure in the event they are sued for civil damages. The liability limits of homeowners, auto, and other insurance policies are often inadequate to cover the compensation awarded in personal injury lawsuits, though, which means the policyholder will find themselves personally liable for any excess verdict. Fortunately, people have the option of purchasing umbrella insurance coverage to help them further protect their interests. If you want to learn more about what umbrella insurance coverage is and whether it is a good idea for you to purchase it, it is prudent to talk to an attorney experienced with handling insurance and personal injury matters about your options.

What is Umbrella Insurance

Standard homeowners and automobile insurance policies typically include liability provisions, in which the insurer agrees to defend the policyholder in the event they are sued in tort and to pay damages awarded in such cases up to the policy limits. For example, if a motorist causes a car accident and a party injured in the accident subsequently files a negligence lawsuit against them, the motorist’s automobile insurance policy will likely pay for the motorist’s defense, and if a verdict is issued against them, will pay up to the limits of liability coverage. Similarly, if a party sues a homeowner after they suffer harm in a slip and fall accident on their property, the homeowner’s insurance policy will typically pay for the cost of defense and damages.

Insurance policy liability limits are often relatively low, however. As such, in many cases, the damages sought and awarded will exceed a person’s liability coverage. In such cases, the person would be personally liable for any amount over the policy limit. Depending on the facts of the case, such amounts can be astronomical and can cause the policyholder to suffer financial ruin. Fortunately, however, people have the option of purchasing umbrella insurance, which is liability insurance that kicks in when standard insurance policies are insufficient to cover verdicts issued against policyholders.

While people may never need to exercise the coverage provided by umbrella insurance policies, they can provide them with peace of mind that they are fully protected in the event that a catastrophic accident occurs, exposing them to excess liability.

Confer with a Knowledgeable Attorney Today

While many people believe they are insulated from personal exposure by their insurance policies, the limits of such policies are often inadequate to offer full coverage for damages awarded in personal injury matters. As such, it is smart for people to consider purchasing umbrella insurance. If you have questions about umbrella insurance and whether it is right for you, you should confer with a knowledgeable attorney as soon as possible.